A Woman with Mettle and a Robot with a Metal Heart

A three part graphic novel about a Woman that has nothing left to lose. Set in a retro futuristic universe where robots are sworn to protect human life, but still struggle to understand it.  The female lead, Dorothy Wicke is a genius in blending biology and mechanics, but is having difficulty with her memory.  Now a Robot has taken her hostage, as it attempts to better understand her, and humanity.  Finding that they have a common foe, Dorothy and the Robot join forces to flee the pending incursion. By delving into their pasts, they find that their pursuer may be more familiar than they thought.  While Dorothy and the Robot search for a peaceful resolution, the incoming forces was to spill their BLOOD AND MOTOR OIL 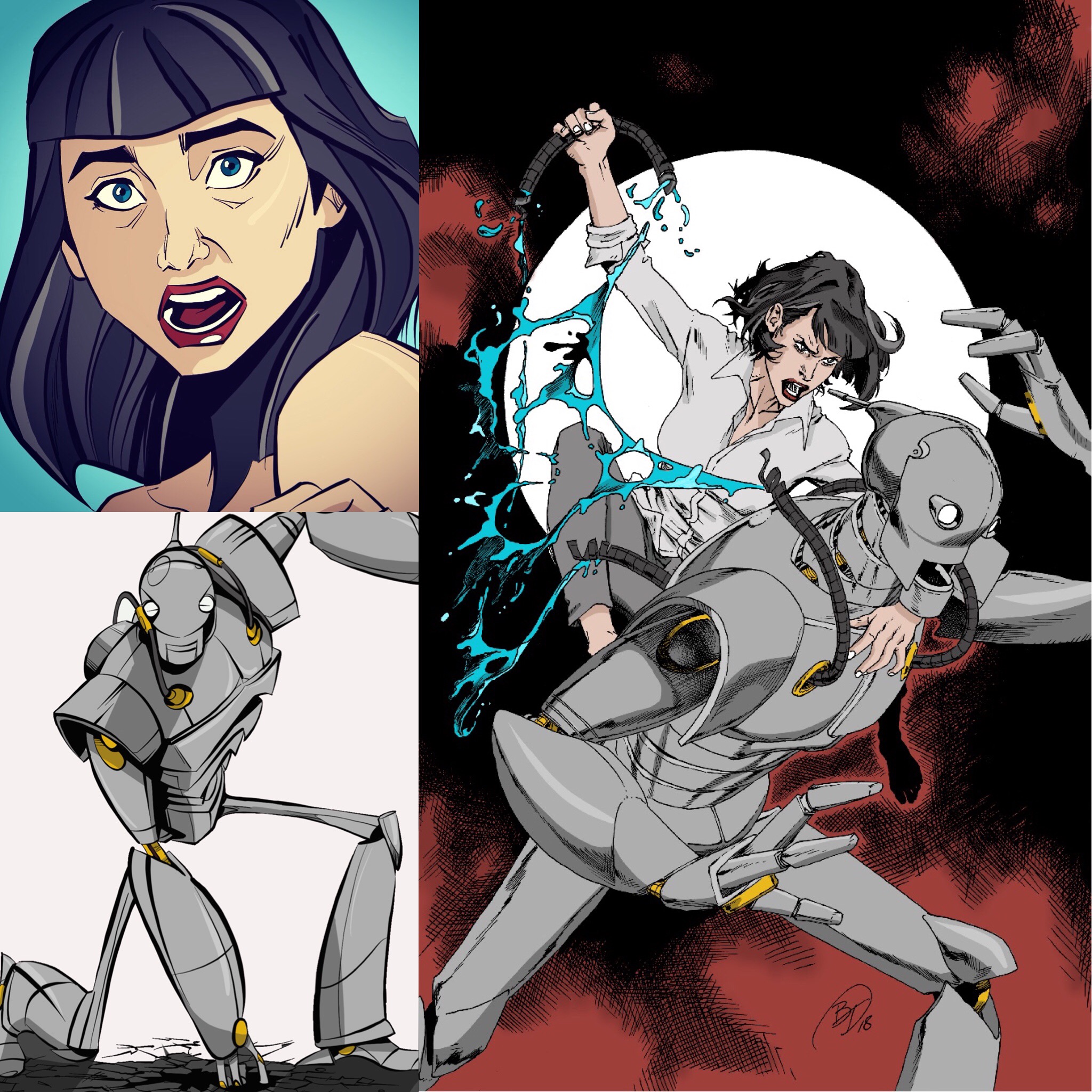