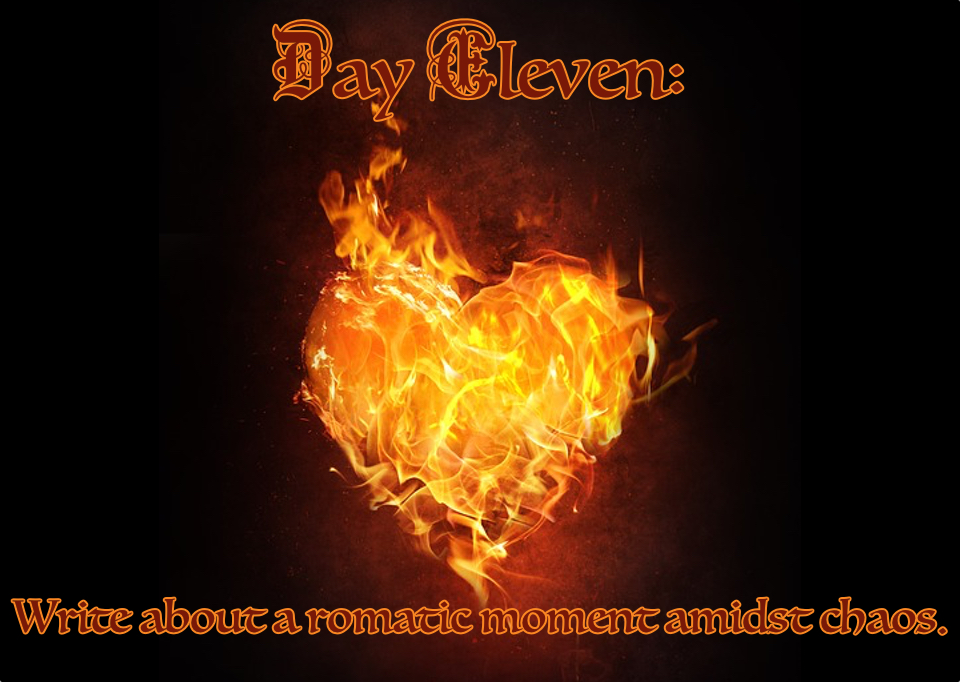 The hills burned. They burned every day, and every night, and their light lit up the nights sky, and the heat kept the summer swelter hot and drier than it had ever been. The grass crunched like twigs under each step, and deep breaths felt like breathing in ash. So many things stayed the same as the fire burned across town, down the foothills, and up the other side. It spared so many, and tortured and eroded the lives of so many more. Luckily for Terri, she wasn’t alone tonight. Her best friend John had braved the winding, fiery roads to get to her mountainside cabin. Terri had been held up in there, but was quickly running out of water. She needed to get down the mountain, but had no way to do it. Her truck was no fan of the heat, and hadn’t started since the fires had. The fire was closing in around them, and they could see the cabins surrounding slowly get swallowed up out the front window. They each stood at the windows edge, and slowly moved closer together. They moved like mirrors and followed each others steps, until their toes gently bumped. Their bodies were not even inches apart. Terri could feel the heat from Johns breath, sweep through her hair and around her neck. Her hands at her sides, her fingers felt colder than they had in weeks, since the fire started. They were numb to the heat of the fire, fixated on the heat in the tiny space between them.