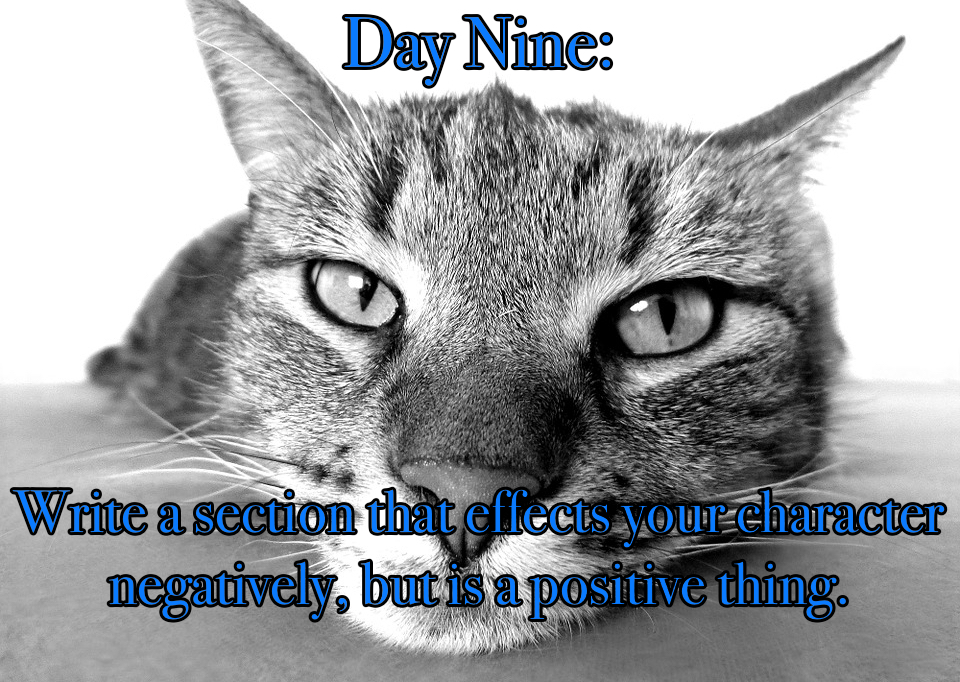 On the way up the stairwell to his third floor apartment, Ryan complained to himself about the broken elevator for the fourth straight week and the hot summer air that filled the corridors of his building. On the second floor landing, there was a bucket that was wiggling with muffled noises coming from inside. His curiosity made him pry open he bucket, and to his surprise, he found a kitten. The kitten looked at him with big black eyes, as it rubbed its russet coloured fur along the open buckets edge. Ryan, allergic to cats, stared at the beauty of the kittens eyes, and then sneezed abruptly. The kitten shrunk back into the bucket, afraid of the noise. Ryan couldn’t just abandon the round little lump, so he picked it up and took it back to his apartment. He didn’t want his neighbours to see him with it, so he hid the little fur ball in his canvas carry all. The kitten did a terrible job of being smuggled, and rode in the bag like a carrot, with its paws held fast on the lip of it, and its head basking in the summers breeze. When the pair got to the apartment, Ryan put out a dish of water and wet to the bathroom to wash the day off of his face and hands. He realized his favourite shirt was covered, already, with cat hair. The kitten poked its head in the bathroom and jumped on the counted and nuzzled Ryan happily purring with a contented smile and relaxed look in its eyes. Ryan smiled back as he stifled another sneeze, and reached for the medicine cabinet for his Benadryl.