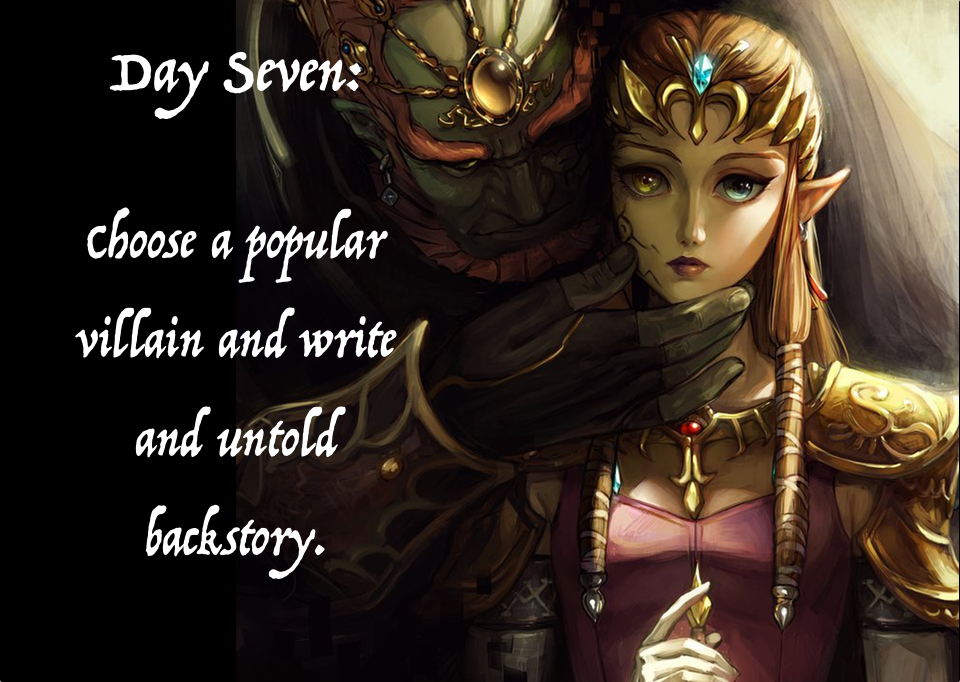 In the land of Hyrule, there were many creatures that lived in the far reaches of its vast landscape. The Hylians lived in the lush mountains base where the harvest was plentiful and life was most peaceful. Travellers from all provinces traveled to the castle town to explore the finer things that Hyrule had to offer. A Gerudo warrior was traveling through when she met a young Hylian. They had a wild and torrid love affair, but over time the Gerudo warrior was summoned back to the desert by her people. She lived in the sacred city of Gerudo where no man shall set foot, and was forced to leave her love, and their son behind. During an outing to the flatlands, the Hylian and his son were ambushed by a Lynel. In the skirmish, the young half Hylian, half Gerudo warrior felled the Lynel, but not before it had taken his father. The boy was alone. He took off toward the castle. On his way though the royal city, many of the villagers whispered and stared. The young man held up the Lynel horn and yelled as loud as he could, and the villagers cowered and shrieked. The young man felt power for the first time and it intoxicated him. He spent the rest of his adolescence tormenting the castle town villagers, stealing food and hoarding the spoils of the foes he defeated. His Gerudian skin turned grey over time from lack of strong dessert sun, but his hair always stayed as fiery orange as his mothers. In the nights he would battle, and in the days he would sleep in the castles keeps and dungeons. As he became a man, the young princess caught his eye, but her heart had always belonged to a Hylian commoner that was everything that Ganon was not.