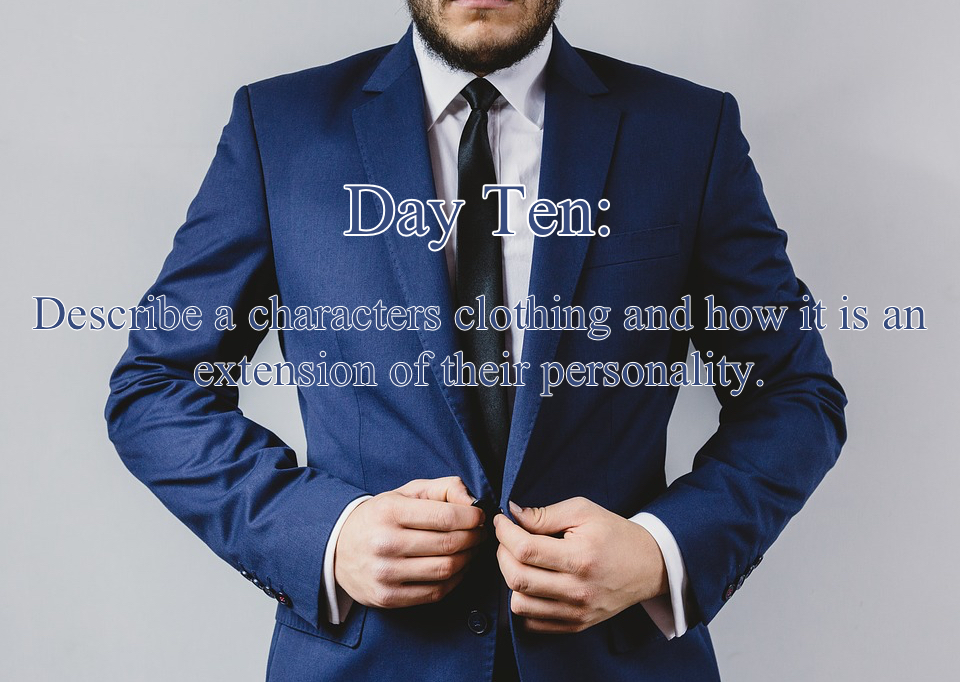 As he slid his wrists through the french cuffs, he could feel his ego grow. He popped in the cuff links that he had bought the day previous. They matched his tie in tone and tenor. With his collar flipped up, he tied his tie tight, and with a knot that screamed perfection. The tiny folds in the material were symmetrical and carefully articulated to meet his exact wants and specifications. When he smoothed down the collar, and put on the suit jacket it slid on to him like it was made for him, and in fact it had been. It sat snugly, but not taught. It sat upright, but not firm. This suit was the backbone of his professional personality. Every corner was crisp, and every pleat, perfectly pressed. Not a wrinkle or a pull, not a thread out of place. He used this suit like armour to protect the much less organized, much less harsh and much less angry man that it contained.