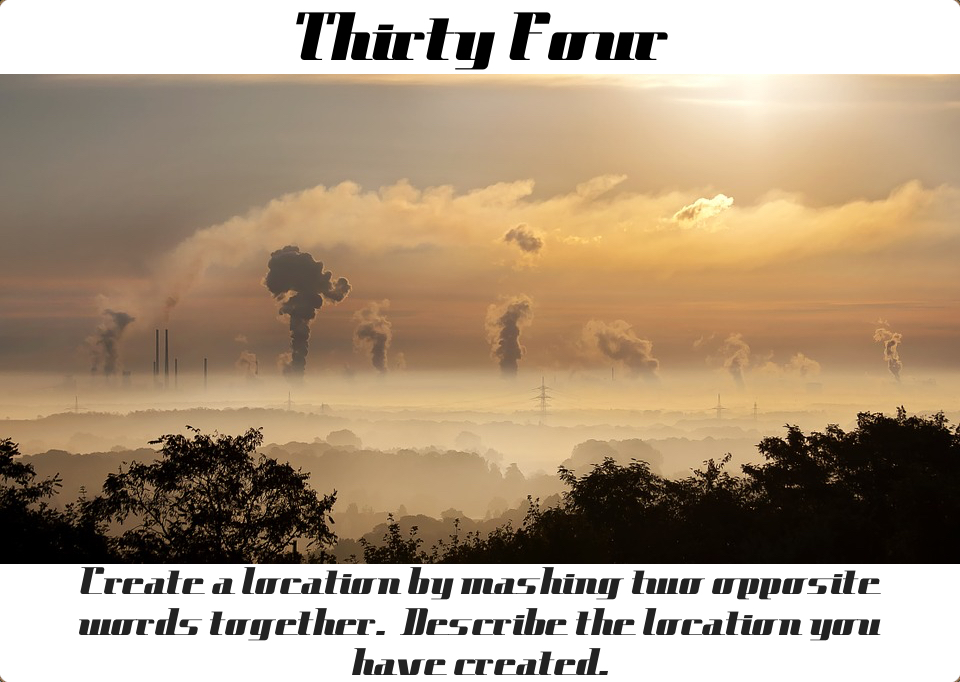 Sky Mines:  Sky mines where discovered when astro and particle physicists started messing with quantum theory and discovered that space is not simply the absence of matter, but that it is a different form of matter, that can be manipulated in similar fashions, but need to be accessed via different cosmic planes.  The sky mines where discovered thorough this research, and although uninhabited as far as any of the researchers could tell, was filled with many different and new elemental particles, in a seemingly endless labyrinth of tunnels to access what has been charted as hundreds of thousands of miles of resources that can be mined and returned to the plane of existence that humanity currently inhabits.  Sky mines eradicated trade war almost overnight, however they must be mined with caution.  Over mining can cause cosmic catastrophe if they begin to collapse, creating inter dimensional black holes.