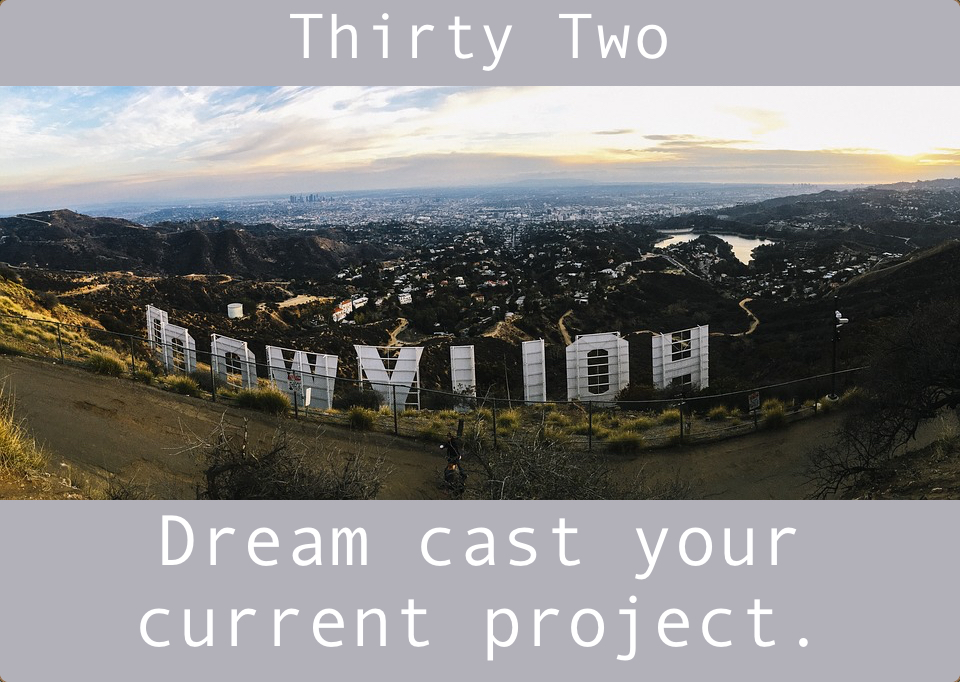 What is your dream casting for your current project?

The Woman/Dorothy – Gaby Hoffmann has the look and the depth to take on this roll.  With much more to the character than is originally seen, there are times of great anguish and personal internal turmoil that I think her acting prowess would shine through during. Her dark thick hair, and amazing eyebrows lend themselves to how this character has always been envisioned.  I don’t know that a movie with robots would be her cup of tea, so Amber Rose Revah would be my second choice.

The Robot/HOF – Kevin Michael Richardson.  It might not be a household name, but chances are if your kid is watching something, he does voice acting in it.  Most favoritely of mine, is Trigon in Teen Titans Go! To say his list of work is long and impressive would be an understatement.

Young James – Any slightly angsty pre-teen boy with an ambiguous heritage that reflects his mother’s and father’s ethnicity.

Adult James – Bearded Jake Gyllenhaal.  His body type and features are aggressive enough to seem menacing, but there is an air of innocence to some of his acting that would allow him to striatal the line between being a fierce warrior and a son looking for his mother, or of course, Jon Bernthal of Punisher fame.

Rusty – Chadwick Boseman would be my first choice, but a close second would be Anthony Mackie.  They both have the soave and sophistication that Rusty needs, but also the intelligence, which plays a big part in his character.  The actor needs to be believable as a forerunner in the field of robotics, and both Chadwick and Anthony can do it all.

Military Leader – Fantasy casting would be a young Michael Ironside.  Alas, I have no time machine.  In that case I would have to go with Dermot Mulroney.  A begrudging military leader isn’t exactly his past repertoire, but I think given the opportunity, he could bring a really serious tone to the character making him the type of bad guy you secretly root for…that or John C McGinley.