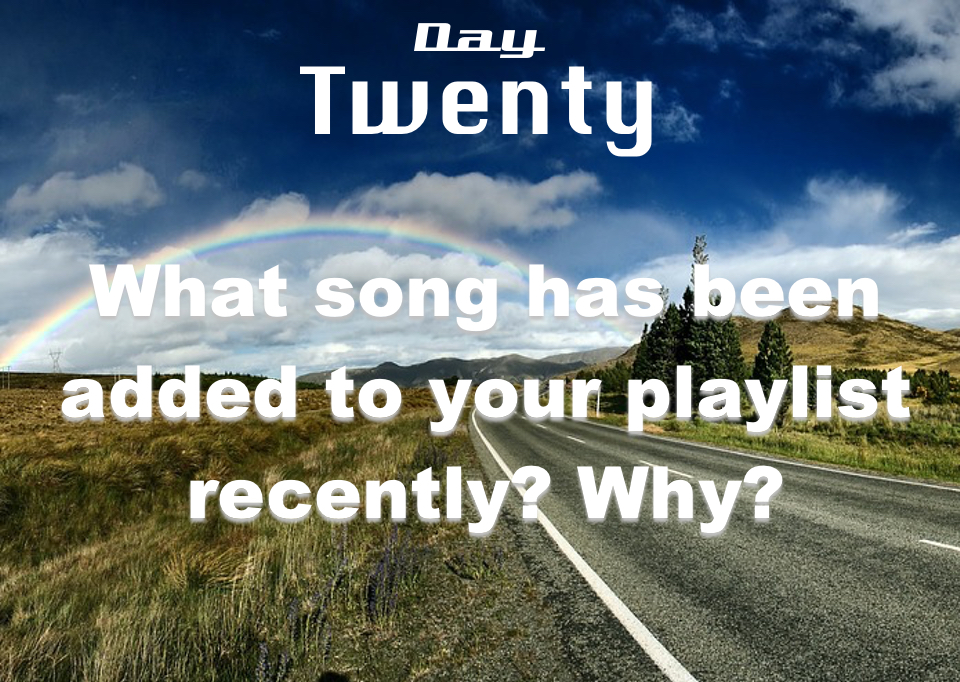 I have a playlist for every mood. I have a playlist for each task I may be doing while listening to music. I have always been a true believer in that if life had a soundtrack, it would be easier for people to emote to each other, and have a much greater depth of emotionality in general. A good song inspires emotion for me, be it creative energy, sorrow, hilarity, or inspiration. The cinematic world has always had a great influence on me, and most of my favourite movies are on that short list because they are great, but the soundtrack takes them to a next level that reaches me in a way that beautiful cinematography alone could never do. Watchmen - great movie, based on a fucking phenomenal graphic novel, but a near god like soundtrack that puts that movie on levels for me that it couldn't have reached without. That said, the new addition to my playlist was added because it starts a beautifully sad instrumental version of Take Me Home, Country Roads. The slow tempo, and lightly played instruments draw together and become a belted ballad of such large sound, and sung by Matthew Margeson in a way I was never aware he was capable. In a sea of a matrix vs spaghetti western vs spy movie, this scene stands apart. It is a scene of sacrifice, but made into the epitome of giving up your own endeavours for the greater good by this short and sweet piece that has stuck with me, ever since its original viewing. It is sad, but inspires brevity in the face of personal defeat. It is somehow sad, joyous, tragic, and triumphant all at the same time. Bravo.