Hi, I am Christopher Ables, an illustrator and graphic artist with experience in a wide range of artistic mediums. Growing up, I spent the majority of my youth in San Antonio, Texas drawing and exploring various artistic styles whenever the chance presented itself. Throughout my creative education, I worked steadily throughout the art classes, workshops and programs I was fortunate enough to participate in.

At the age of seven, a memorable event lead me down the path that I find myself on to this day. A local grocery store was holding a Halloween themed illustration contest and my mother brought home an application. Excited, I began working on my entry piece immediately. Halloween came and went and for several weeks we heard nothing regarding a winner. One evening my mother went inquiring about the contest and was told a winner had been chosen and awarded several days earlier. Disappointed by this, she asked to have my entry returned to her as a personal keepsake. It was then she noticed, that written in large red marker, “Disqualified. Could not have been drawn by a child” was scrawled across the form. A sense of immense pride filled the both of us that evening and I used that odd compliment as a sort of fuel for the future.

During my freshman year of high school I reached out to the Walt Disney Animation Studios, hoping to receive information on potential employment after college. I had set my sights on working for Disney at a much earlier age so you can imagine my shock and excitement when, after receiving and reviewing my requested portfolio samples, they offered me a job. It was then that they realized I was still a high school student and not the graduating college student they assumed I was. Again, I felt pretty good about this and used it as a healthy boost of confidence in my abilities.

After receiving a Bachelor of Fine Arts in Studio Art from the University of Texas, I shifted career goals from Animation to Film and Television Production. I informed my family and friends of this change, which resulted in mass aneurysms. I uprooted my life in Texas and moved to Los Angeles to attend the Art Institute of California where I studied and received a Bachelors of Arts & Sciences in Digital Filmmaking. Through this, I was given the chance to head the Art Departments as well as take on the role of Production Designer for several independent films. Both of these had been personal goal of mine for some time.

Since then, I’ve been lucky enough to have worked on several high profile films such as Sony Picture’s Spider-Man 3 and 20th Century Fox’s 28 Weeks Later and The Hills Have Eyes 2. I have also been fortunate enough to have worked on several well known television shows including NBC’s The Biggest Loser, FOX’s Master Chef, and Bravo’s Tabatha Takes Over.
Outside of work, I’m currently developing an animated series, writing a screenplay and writing and illustrating my own graphic novel. In my free time, I can be found drawing and painting, sensing incoming intense weather patterns, quoting 30 ROCK, carrying on meaningful conversations about Dinosaurs, finishing off an entire cake with no shame and falling in love with every dog I see…every dog. 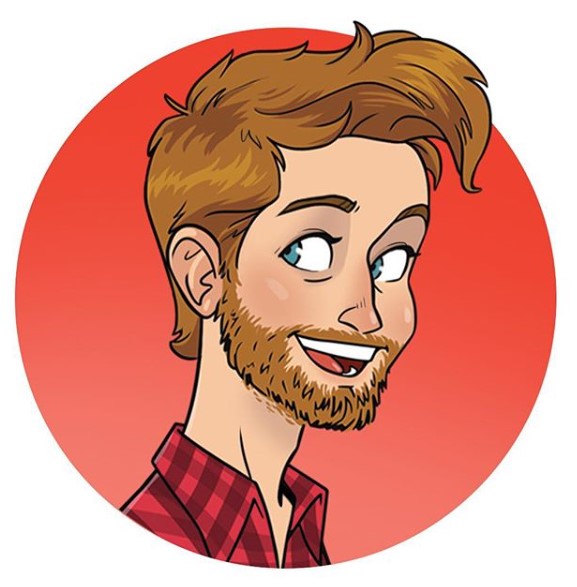