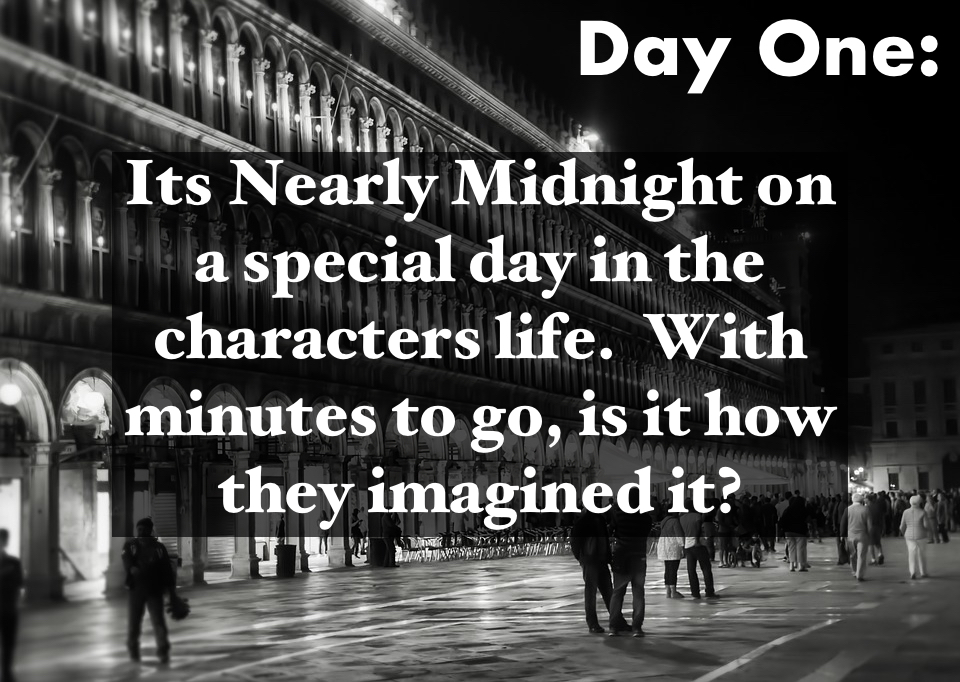 He really thought that this year would be better. He hated his birthday and each year it seemed to draw more negative attention and felt more forced. He felt sorry for himself as the cold winter wind whipped through his coat. He grabbed at the collar and flipped it up around his scarf. Somehow the breeze wiggled its way through all the layers and he scanned the crowd in the square. Holding himself tightly and feeling sorry for himself, he finally spotted her across the crowded square. The wind howled in the dimly lit moon filled sky and drown out his hollers after her. When she looked back over her shoulder, she saw him running towards her. It was a mistake that she had come, and it was a mistake to give him hope with only seconds left in the day. His coat floated open and he ran to her. She watched as he got closer, as his determined and set eyes were fixed on her. The sight of her warmed him, and he couldn’t feel the cold anymore. She couldn’t stay. She knew that if she stayed she would regret it for the rest of her life. As he crossed the crowded square, closing in on her, as his heart swelled at the thought that maybe his luck was changing. She looked through him, with vacant and sad stare. She waved only slightly, and tried to crack the smallest of smiles. His feet pounded faster and harder on the pavement pushing people out of his way, and calling to her, when she turned away. His heart sank. She started to walk away, and suddenly his footsteps slowed, and then stopped. The big clock in the square hit midnight, and as she walked away from him, and the future he thought he had with her she looked back over her shoulder. His head was heavily hung and he was looking as his immobile feet.