Creating and writing a book or graphic novel is no small feat to be sure, but it is not in many cases, complete when the prose or script is finished. Preparing a pitch for a publisher or preparing your book for self-publishing is so much more than a compelling an original story. Communications, Marketing, Digital Art, Graphic Design, navigating your country’s copywrite and ISBN/ISSN systems, Being your own Advocate, and Believing in yourself are just a few of things I have discovered as part of the job when you are making a professional impression on the literary, comic, or publishing world. Please check back periodically for information as well as my personal experience with each of these topics, and how I was able to navigate them to an end that I was pleased with.

Taking an idea or story and visualizing it, is something every writer and creator does to at least some degree, for any type of creative writing. Specifically, for script (comic or otherwise) to be able to convey a scene using explanations and descriptions is the heart of creative writing itself. The difference between script writing and prose is that the end reader rarely, if ever, will see the written script work. When writing a script for a comic or graphic novel, you are writing to an artist. You only have one (depending on the size of your project) reader. The artist is going to take what you have written and make it come alive. It puts your descriptive skills to the test to ensure clarity, vision, direction, angle, and sometimes even colour. Forgetful are we that read comics and graphic novels, how much of the story comes through on pages filled with nothing but artwork, and a complete void of speech balloons (word bubbles). Those images that drive home a poignant portion of story through non-verbal communication were meticulously planned, described, and written for the artist, who then took them and created the visual representation of them. Telling a story comes easily for me, but putting it into specific formatted, paneled, for artist only, verbal lines is a totally unique way of making a story cohesive. In the end, it is a seamless blend of writer and artist that bring the reader on a journey through the story. It’s the duality of creating comics, unless you are lucky enough to be a gifted writer and illustrator all rolled up into one. 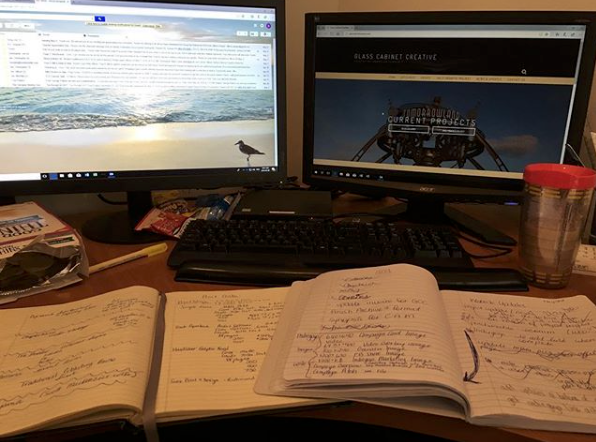